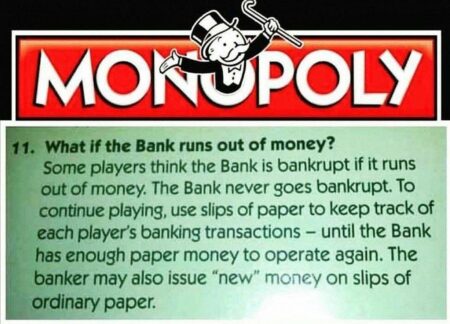 Great news for RBA and the FOMC

Well –  a shorter version anyway. No change to my portfolio.

USA – Grease is not the word, it is Inflation. We covered it last week, but the markets seem to be moving fast to the position of pricing in serious Central Bank taper and maybe earlier rate hikes.

The world wide food index would support some reason to be concerned, but wage inflation is still not evident there or here.

Usually that is my time to shine – sell the fear. However, maybe post Bank world has softened the Swan. I can’t help but think that the market has gone too far too quick. I would challenge any person of any serious integrity to argue that the next move from the RBA or the FOMC is up, so it is only a matter of semantics – it is only the ‘when’ part that we can argue on.

I do think that there are some unique reasons for some of this inflation though. The FOMC and RBA (to a lesser extent) have painted themselves into a sticky corner. They may just get lucky. Part of the reason that I am not on the massive higher rates train, is in fact my innate pessimism.

CitiBank chart shows the economic surprises (where market releases are better or worse than expected) have swung sharply lower in recent months. The problem it seems with Goldilocks’ porridge is that the bowl cannot stay hot forever.

Yep, the post Covid developed world may well have the will and the cash to splash. But challenges may come from left field – see the ‘Thought of The Week’ below.

US unemployment fell to a 19 month low of 4.8%. Pretty good, but there are a lot of workers that have excused themselves from the workforce until they feel Covid safe.

The IMF has a notoriously bad (worse than our currency calls) history on market forecasting – but their name gives them validity. They have trimmed world growth back marginally for 2021, but still pretty strong for this year and next year.

Apple are slowing production of the new iPhone 13 due to a chip shortage.

Apparently Nokia are releasing a “new” 20 year old heritage mobile phone for those that reminisce about the old days. Not for me.

In the land of Oz, we are in a sort of twilight zone. NSW is opening up and to date they seem to have a lid on extreme negative health issues. Victoria on the other hand seems to be on a very poor trajectory. For everyone’s sake, let’s hope that NSW cases and hospitalisations hold, and in Victoria it is only a matter of days/weeks before vaccination rates are where they need to be.

Business Confidence index was released this week which shows that owners are expecting and banking on a bright finish to the year. Consumer Confidence is also in the positive territory, but has had a few months in decline now.

Our unemployment moved up to 4.6% when we lost 138k jobs in September. Like the USA, the unemployment rate would be much higher had it not been for a fall in the participation rate. Upside is that advertising for vacancies remains high, and eyes are on the east coast reopening story.

Deloitte Access chart below highlights why keeping your State ‘open’ makes a difference. SA and Tasmania leading Australia in growth. For SA, labelled a rust bucket State of pensioners, they should be pretty chuffed.

Westpac shares struggled this week. They wrote down some goodwill and torched a few million here and there on the usual bad management stuff.

The goodwill write-down was from their big end of town Institutional Banking. Got it from reliable “insiders” that senior management want to redirect focus from capital intensive corporate lending to the more vanilla consumer stuff.

Interesting development in a week when Bell Potter put a buy recommendation on NAB.

Interestingly though, they break the value of NAB down into its divisions.

Institutional and Business Banking make up well over half of NAB’s total value and over 60% of their net profit. Not likely they will take the WBC approach.

The Aussie Dollar and Commodities:

We have been calling the AUD lower over coming weeks. Thus, it is obvious the Aussie would go higher.

The market was disappointed in the US jobs number and pushed the USD lower. That pushed the AUD higher despite iron ore prices jumping all over the place. It is into 74 cents for the first time since early September. Charts look good, but I’m not yet convinced it will run much higher.

No interest this week. Give me freedom or give me a working ICAC.

Glasgow gets closer, and idiots abound. Not just Matt Canavan spruiking a no doubt horrendous payment for regional coal regions in any deal. Wants Australians to pay more for their mortgages to keep the coal industry pumping. But other muppets are dragging out the old “lets build a nuclear power station” clap trap again. Other than the cost per megawatt being higher than other forms of energy, just how quick do they think we could commission a new nuclear power plant or two? More chance of those subs being built before then.

You would think I would be keen to jump on the coattails of our Aussie Battler, Andrew “Twiggy” Forrest. A fighter for lower emissions and an advocate of clean hydrogen power generation.  Brilliant other than his current approach in bullying Federal and State governments to provide heavily discounted power for him to achieve his goal. Is it the planet or his pocket he is looking to protect? Anyone that remembers back to the 1990’s can remember his Anaconda Nickel mine going belly up. He seemed very relaxed about paying Anaconda bond holders 25 cents in the dollar.  Not all heroes wear capes, but not many wear hard hats.

We have somebody keen to present an article on the very bright future (their words) for Carbon Credits in the weeks ahead. Could be some serious money to be made in that space.

Want to earn $620 a DAY, tax free? Buy a house in Sydney and just sit on your couch (if you can afford one) and let rising house prices take care of everything else. Core Logic reports that is the current state of play.

Of course house prices are always go up… right? Interest rates will never rise, will they? Risk free money…

On a more serious side, interesting to see Office Vacancies stabilise or fall in all states other than the lockdown ones. Maybe a good sign.

To the moon, baby.

Nah, not really. XRP (Ripple) has done bugger all whilst most cryptos have been on the up.

Mad bloke on Twittersphere has been looking to collateralise and securitise Arabian hunting falcons for sometime. He is moving into crypto now. Thought of the week – be my China Doll.

But don’t break me.

Plenty of war mongering going on about a likely China invasion of Taiwan.

But I want to have a very quick dive into the Chinese property and construction industry again. Previously I stated that my thinking was that Evergrande would fail, but it would not be a catastrophe. They have missed a number of interest payments so far, so failing seems highly likely.

But some bods at Harvard have done a bit of work on the general Chinese construction boom.

Looking at cement use as the guiding tool, it shows how mad the boom has been. In a very populous country they are using over 1.6 tonnes of cement per person. You can see below how distorted that is to other countries.

Obviously the more building area each person wants, the more cement needed. China is rapidly catching up to most developed countries in that “space” (pun intended).

As an aside, it is stunning to see just how far Australia is an outlier to the top side. We clearly want a lot of separation from our cygnets.

Anyway – is that usage sustainable in China? The answer below is a clear NO.

If this chart holds true, China may see an 80%+ fall in property construction.

The 64 trillion Chinese Yuan question is… when does the property industry fall like a cement balloon?

To find an answer, I asked a local that works closely with China. They claim a few key points:

You do not need to be Einstein to also see Australian export of Iron Ore and Coal collapsing to China in this scenario.

Whilst you could expect the Aussie market to tank (think AUD below 50 cents stuff), it was pointed out that our ore and coal is amongst global best quality and also global cheapest extraction. Thus, you could expect we could find a ‘home’ for our stuff on the global market and pass the problem of lower demand onto other countries like Brazil.

It can’t be a Black Swan event if we see it coming. Let’s call this a probable grey swan then.

A number of punters see India as the “next” China for Australian goods and services exports. Yep, they are a large emerging economy. Credit Suisse highlight though how their wealth per capita has stagnated since 2000 compared to China.

Put simply – they can not pay.

And as a final snippet – the same Credit Suisse report covered the inequality of global wealth.

Only 1% of the globe have a wealth of USD $1,000,000 or more. A very good chance that most readers of this blog are in that 1%. Well done, but remember that statistic next time you ponder a donation to a worthy cause.

Picked a bottle from the rack for a Tuesday night splash. Not recognising the label, I thought I better do some quick research on the web.

Turns out the Chateau owner is none other than E Peter – the main man behind Duxton Capital and Duxton Water that we did some research into in an earlier edition.

Slightly bolder than a pinot noir. This may not be the best representation of the variety – the grape is a warm variety, and the Savoie region encompasses the French Alps, so quite cool in places…

Liked it at the price. Worth a lick.

I know bugger all about James Leg, but if you like a young Joe Cocker sounding gravel voice, this one is for you.