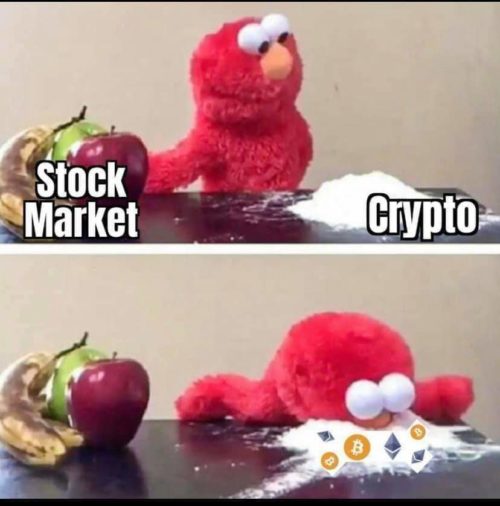 A bit of subtle format change this week – hope you enjoy it.

Bond yields in the US and here have fallen back down after a frenzied run higher. I’m not sure that the reason for the fall is because the market flipped back to the “transitory” inflation story. Perhaps it is more a story of either the markets believe a 2022 economic slowdown (especially in the USA) is possible, or that central banks may move quicker to take that punch-bowl away… leading to that slowdown.

Equity markets have been relatively quiet, but the vibe is for a strong finish to the calendar year as post-Covid opening up continues. Certainly Australian business and consumer sentiment surveys show just that.

The Biden team appears to have at least some success with the Build Back Better infrastructure bill.

This should help with strong economic momentum – perhaps too much and too late. It does aim to lower down the economic demographics ranks though, so fair play.

For a politician, Biden seems like a nice enough guy. As many point out though, he does not exactly seem at the peak of his physical prowess. He had a little nanny nap a few times in Glasgow (who wouldn’t), and the clip below is confusing.

As Pauline Hanson would say…”please explain”.

Inflation and employment are clearly the two towers of data to watch.

Ord Minnett put the US employment story as such:

As comfort grows that those who have jobs will keep them (or move to a another job easily), then demands for pay rises follow. A great example of that comes from Bumtuck Iowa. Workers for John Deere (those very sexy green tractors) have been on their first strike since 1986. Now lasting over 163 days, the company offered a 10% immediate pay rise and another 10% progressively by 2025, as well as profit sharing via bonuses. Workers have rejected the offer as insufficient. If this is the future for the USA, then inflation is certainly not transitory – it has largely been baked into the cake already.

The interesting thing is that with the term yield pullback in the USA and here, real interest rates (rates minus inflation) remain very negative. Chart below shows US 10-year rates are currently at minus 1.10%.

That is not sustainable. Quirky fun fact though, in my opinion if the FOMC raised cash rates, there would be a good chance that 10-year yields would fall further (punch-bowl effect) which would at least initially make the negative real rates even more negative.

The US Fed revealed in their financial stability report: “Across most asset classes, valuation measures are high relative to historical norms.”

One would be tempted to add… “no shit Sherlock?”. 40% of all USD ever printed have been released in the last 12 months, and assets and share markets are through the roof.

Australia seems well behind the curve on that front, but there are more and more stories of cafes desperately seeking staff and offering double standard hourly rates to get them on.

We might just be catching up – look at the Aussie hockey stick below:

Not since November 2010 has Australia seen the RBA hike rates. Many borrowers (and first home buyers) have never seen one. Will they get that joy in 2022, 2023 or 2024??? CBA forecast today shows the first RBA rate rise will be on Melbourne Cup Day next year. One in every two owner occupied home loans are now set at a fixed rate. Normally this is about one in eight. Great news for those who are worried… until the fixed rate matures…

The Chinese property market keeps chugging along… but not smoothly. Credit spreads have jumped to a level where they are pricing in about a 24% chance of the property market losing its shirt.

Of course many, including me, expect (hope) that the Chinese Government will step in and save the day.

I haven’t got a funny picture of Elon Musk, so I will use his mate instead.

As has been pointed out, it often appears Musk runs Tesla under the absolute chaos theory. According to the “will of the Twitter people”, he has decided to sell 10% of his Tesla shares as a quasi protest against proposed tax changes. The Tesla stock price thus plummets. I’m sure his plan is a good one. Just wish I could work it out.

It was NAB’s turn to face the music this week with their annual results.

To quote Keating in 2006: they looked like a ‘beautiful set of numbers”. Well almost.

Cash earnings ok. Most metrics were around expectations. Certainly looked like a lot cleaner set of numbers than Westpac. The market still managed to sell off around 2% on the day, but have rebounded with some good analysts reports.

As a market person though, NAB’s treasury income hit a decade low. The trend is in line with all banks, and understandable in these times. Most believe that will turn for shortly. Not that long ago it was earning 13 cents in every dollar of revenue.

NAB did get whacked by protesters for their continued lending to fossil fuel companies.

I am far from biased, but I thought their announcement was balanced, and international “green” bodies gave it a tick. They fund a lot more dollars to renewables than fossils. They plan limited and controlled new fossil fuel lending (almost under government request) and look to be out of coal funding entirely by 2030. Wish our Federal Government would be that committed.

We put the mea culpa in last week stating our call for a lower AUD had missed reality.

We were too quick to concede. The AUD back to .7370 and as you can see, looking as strong as India’s chances to win the T20 championship.

The reason for the fall appears as we called it too – a much stronger USD.

Gas and oil shows no real signs of a serious pull back. Some talk of the Middle East ramping up production.

Glasgow conference still rolling on after the Pollies have done there thang.

The “Planphlet” may have been better presented by this Doctor than Angus and Smirko.

Australia thus is now getting caned internationally for doing bugger all, and giving China and Russia a free kick to likewise follow.

Everything I continue to see though, makes it incredulous that we are pinning our nation’s future fortunes on coal and gas.

Our energy mix for coal is plummeting (black), gas is not rising (orange), and renewables (green) is approaching 40%. These are just facts.

So businesses and the economy are doing it despite the Federal Government.

This actually appeared to be what Smirko was saying when he released his EV car policy after his nationally televised haircut and cooking show.

He denied ever saying anything negative about EV’s in 2019, calling them Labor lies. Clearly he does not understand that footage of him saying just that can be replayed 2 years later…

Technology will get us everything we could possibly want, according to this Government. It can only help. But how does this government rate in this department? Like their Planphlet… room for improvement.

If only we had an Opposition that was not like some PSTD past warrior, forever wounded by having an opinion and policies in 2019 – and then getting their arse kicked.

He doesn’t want to mandate vaccines or cars.

For not the first time, can someone explain the material difference between taxes, grants and subsidies?

To me, they both effectively come from the same pot. The Coalition are a “technology not taxes” slogan party but with massive increases in grants and subsidies. Please write your answers to confused@wtf.gov.au

Speaking of cars, in this difficult PC world, confusion abounds… Tweet of the week:

But here is the interesting thing about current Aussie politics. I asked a few people I know and respect last weekend about the lack of honesty in Australian politics. None seem to overly mind that politicians lie. In a post Trump world, it seems to be fully accepted.

I honestly (pun intended) hope this is not the case in perpetuity and we can get decency back into the government we pay for. One day they may actually do what they have been elected to do – look after their constituents.

In one of our very early editions, I recalled how a senior banking executive had called the Australian housing market one of the greatest Ponzi schemes ever.

It is literally money for the same rope.

State Governments must love it too. Imagine how much stamp duty is swilling into their coffers from conveyance.

NAB released a report into non housing property this week.

No great surprises. But for me, I always seem to get a better feel for trends via pictures. Industrial is flying and Office on the comeback, as is Retail to a lesser extent. Hotels are obviously struggling and waiting for State and International border openings.

All sectors look solid in the next couple of years, with good bounces for Retail and Hotels in particular.

Maybe a few visitors will redirect from Kansas. 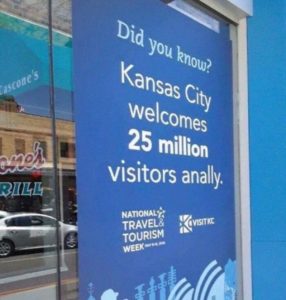 Bitcoin hit new highs this week and trading well over $66k USD each.

Even the laggard that I’ve been on, Ripple (XRP) is up circa 15% on the week.

Our mad punter has not given me their update, but rumours are that he has started construction on a new East Wing to his mansion.

If you want a beginners course in crypto basics, I read a good one this week – and short.

I wouldn’t ever buy crypto via a managed EFT, so it is not a recommendation. I would much rather lose my crypto money via my own dumb decisions.

I was almost excited when I read that a new crypto had launched in Australia and has teamed up with Visa Card. It read like you could convert your crypto to AUD electronically and use it immediately via your Visa.

Crypto.com is Singapore based and seems fee free. It even offers rebates and freebies. The catch? It seems it only values its own crypto “coin” the CRO. Things are getting interesting though.

Like the Wild West of old, there is always someone that will give new frontiers a good crack – even if not totally legit.

The scam below left a bad taste in a few investors mouths.

Chart below is of gold.

Means nothing to me, but I thought it may make us look intelligent.

General theme is that there is an upward flag formation for gold price.

I’m sticking with my gold investment, but more through stubbornness that conviction.

Thought of the week – no time

No time again sorry. Is this a rare photo of The Black Swan trying to dine Incognito?

Back to back shiraz.

I never rated Turkey Flat but opened this one for a Monday night swill with my cygnet.

Pro’s say: “From vines dating back to 1847, hand-picked, open-fermented with 10% whole bunches, matured in French oak (40% new) for 18 months. The price of this classic estate-grown wine has been increased, but not by much, leaving this as under-priced as it is a beautifully crafted wine with a history all of its own. It has power and presence, and above all a purity of taste and structure. The black fruits have waves and crosscurrents of flavour and texture, the finish long and balanced.” – James Halliday, Wine Companion August 2018.

It was actually drinking well above my modest expectations.

Would happily drink again – but at $50 a bottle maybe not as a Monday swill.

With sporting venues getting back to full capacities, it is important to go with people that have unique skills. She clearly has.

On my continued journey (thanks Spotify) of finding “new” old music.

This one just runs like hot honey. I think it would be deemed Trip Hop.

Nightmares on Wax have been around for decades. They have a new album out now actually, but ‘You Wish’ comes from their back catalogue.

This is a song for a hangover.