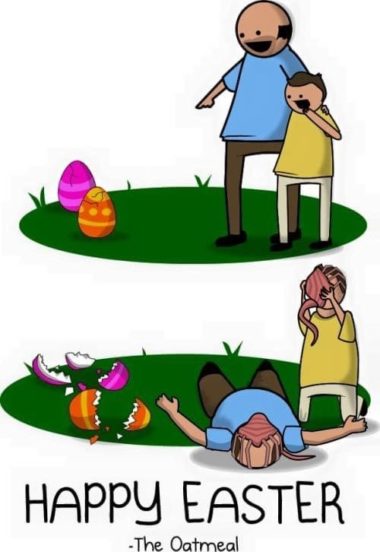 Easter has come and gone.

No sign of Queen Bessy. Sincerely hope she is OK. Britain has had a rough few years – they need her.

Worse… PM Boris Johnson has been placed on a Russian travel blacklist. Trips to Moscow are off the agenda. No doubt as impactful as our ban on Russian caviar.

I am struggling to think of a time in recent decades where there was such division in economic outlook for here and abroad.

The argument that all will be well has many legs, including:

I’m a bonds (vs equities) guy.

Below is the S&P US share market in black, versus interest rates in red. If you were a long term share investor you may feel like it has been a one way street for the last 20 years. But you can see the few dips in the index happen just after rates rise.

The chart below is another version of US ten year rates via the CBOE TNX index.

Again you could lay an argument that a 35 year trend line is still intact and happy days. Except that index is now at 30 and heading higher.

We have previously covered inverse yields and how they are a predictor of recessions ahead. Just a quick add to that: the inverse yield time is usually very short lived, and indeed in and of itself, does little harm. It is the rapid and steepening yields that follow that really gives the pain.

The US Federal Reserve have got themselves into this pickle. Two quotes:

Deutsche Bank have even gone public with a forecast of a short and shallow recession in late 2023.

It expects in response, the Fed will raise rates by 50 basis points at each of the next three meetings in May, June and July, followed by 25 bp rises at the remaining meetings, putting the rate at 2.6% by year end.

More hikes next year will bring the rate to 3.6% by June 2023. That along with quantitative tightening will amount to more than four percentage points of monetary tightening, it said.

In China it is always hard to get a gauge on what is really happening. Data that is released is always a bit smelly.

Industrial output and GDP releases look ok (ish). Retail sales have tanked, but at least that can be explained by 370 million people in lockdown.

As a side story, the Yuan has moved to a ‘safe haven’ currency status. The more volatile the Western economy is, the better the Chinese currency performs.

Some of this has to do with the Russia/Ukraine conflict but it is more to do with the perception that Chinese authorities will respond to any economic slowdown via easing policies. 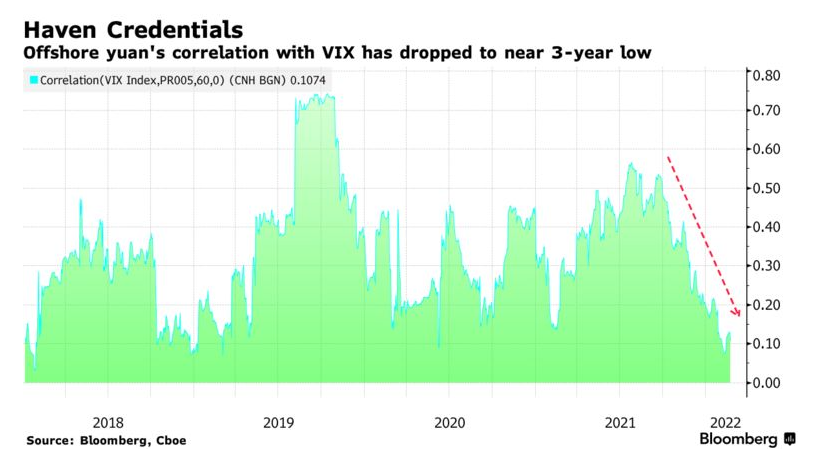 Aussie employment remains strong… unemployment at 4% and don’t forget it.

I can’t explain it (please feel free to let me know), but the outright number of people on JobSeeker and Youth Allowance is still higher in absolute terms than pre-Covid. 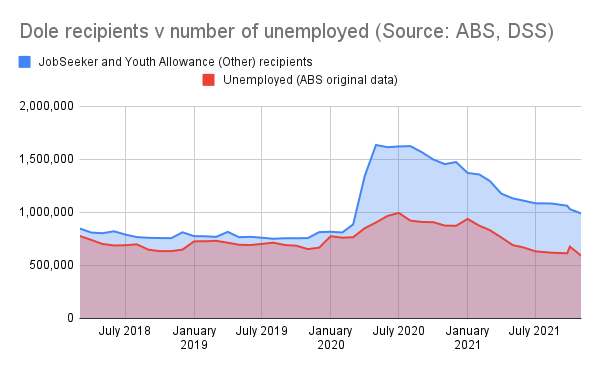 Like your footy team, you take a win however you can. The Coalition makes much of its economic performance with regard to the unemployment story. It is not unique to Australia however, it is tight in many countries that previously imported labour via immigration.

In the recently released minutes of the RBA Board, it seems they have finally abandoned all talk of “everything will be sweet until at least 2024”.

Most pundits now predict a June rate hike. A full 2 years ahead of schedule. I’m usually a fan of RBA’s work, but they have been pretty shite this time around.

I would love to know your thoughts on where the terminal RBA cash rate will end up – I fear many of ‘us’ (meaning you) under estimate what could lie ahead. I believe it will not have a 1 in front.

A lot of home buyers that have pain coming have some right to feel aggrieved. See my part three on NZ housing.

CBA did some work on likely and possible 90 day rates ahead. Remember home loan rates are largely set from this metric.