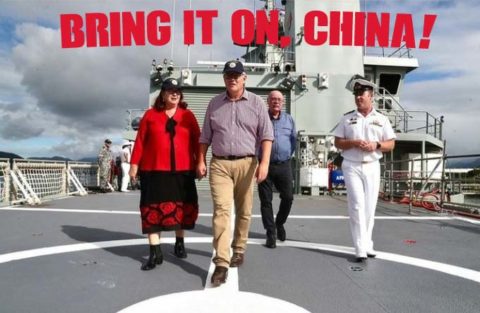 Our best are at the ready…

Penultimate edition for 2021. Get your fix whilst you can.

Big picture is a big week on so many fronts.

It all started with the US Federal Reserve Chairman Jerome Powell asking for the term ‘transitory inflation’ to be retired. I heard Dave Bassanese, the economist from Betashare, call the announcement a game changer. He sees the call as confirmation that inflation is here to stay in the US of A and thus the QE taper will be accelerated and cash rate hikes will be here sooner than he expected prior to the announcement. If I heard correctly, he sees a chance of 3 rate hikes in 2022 and for US 10-year bonds to hit 2.25%.

He believes the higher US cash and term rates will hurt the tech stocks but growth stocks may have a few legs in the upside yet. US share market is trading at a price earning ratio of 20 times (down from 22). Historically high, they are supported by corporate revenue growth of circa 30%. Finally, he expects the PE ratio to fall to 18x in 2022.

The Economist posted this chart recently. It’s a cracker. Sets out very clearly why the USA (and Australia to a lesser extent) should see good GDP but higher inflation ahead.

USA lead the pack in adding 25% of GDP in spending and stimulus. The flip side of that is the inflation that follows… both cost/pull and demand/push.

We are at 18% in stimulus. Nowhere near the inflation level of the USA. Our supply chains are not as ‘messy’ as theirs, and unemployment, lack of wage growth in Oz, are also keeping the inflation genie in the bottle for now.

I’ll address this further below, but the economic cost of the lockdowns was estimated to be $17 Billion, prior to the last NSW and Vic lockdown. It could be argued so many ways, but it clearly hurts GDP. Predictions for GDP is usually very predictable but this time it was a lucky dip for the September quarter release. It came in at a negative 1.9%… bad. But better than most expected.

Being not quite truthfully ‘first in the queue’ has put us dead set last in the OECD despite our sensationally high vaccination rate. Jim Chalmers and Labor were quick to stick the boot in.

I’ve had massive email problems this week – so most of this is from memory reading. At Black Swan’s age that is a huge risk…

Westpac had a bad week. Fined a truck load ($113m) for charging fees to dead people. ASIC seems just as pissed off with them at present and more seems on the horizon. Their share price reflects investors mood – sombre and negative.  Bad time for a share buy-back… or good depending on your view.

Having praised Maq Bank here recently, they have done their best to test boundaries – like a teenage son.

One the upside they have appointed ex RBA head honcho Glenn Stevens as their new chair. Good appointment.

In another interesting development, their recent share price surge has seen their market capitalisation surpass that of ANZ. The long held ‘Four Pillars’ of banking has been broken down. So, do we have 5 pillars now or is ANZ now super ‘regional’?

For Maq Bank, on the negative, they have a few festering dead bodies to dispose of. German double dipping into tax credits has been flagged, and as we all know, they can be fastidiously patient.

Closer to home, we flagged last year that Maq Bank’s approach and profiteering from the Nuix float could leave them exposed to a possible class action. That is exactly what has happened.

As an irony, Nuix, which develops investigative analytics and intelligence software, claim they may be somewhat protected from a disastrous IPO launch via Maq Bank insurances.

Either way it is not what is expected from a top 4 Aussie Bank. Or is it? 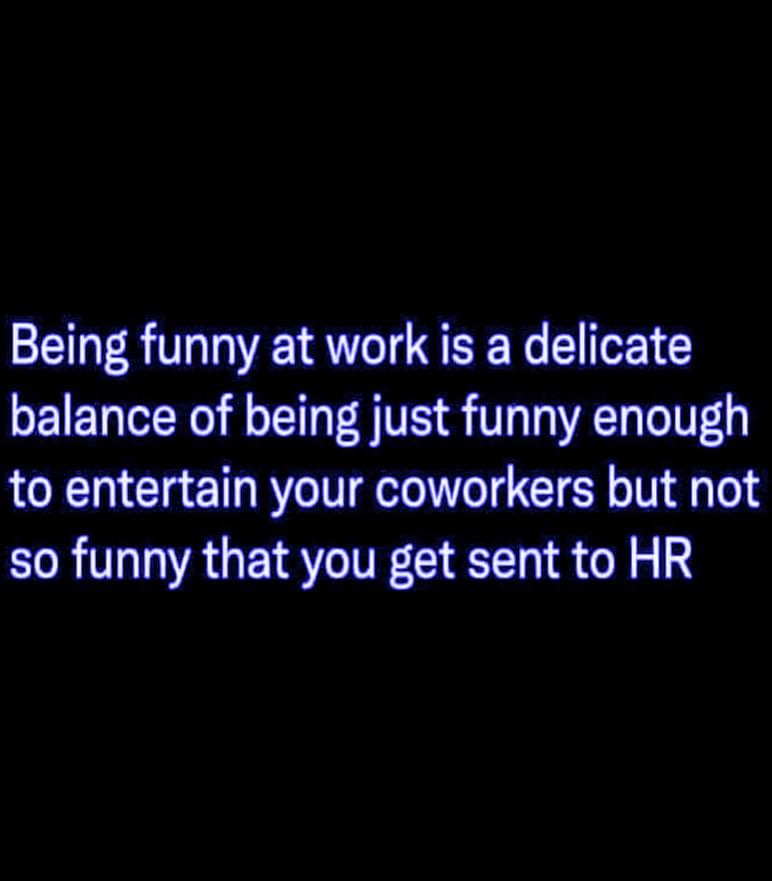 The Aussie dollar got smashed a bit over the week.

It lost nearly 3/4 of a cent when Moderna put out concerns the current vaccines may not be effective against Omicron.

At present it is resting on 71 cents, but looking wobbly.

We have been less bullish than most of the AUD for sometime now.

The Betashare economist pointed out, should the USA rates hike aggressively next year and RBA do as expected (sit on their hands), then it will be a growing negative interest differential between the two countries.

All other things being equal, he thus sees the AUD weakening further – perhaps to circa 68 cents.

Commodities are also getting pushed around by Omicron and possible knock on effects to future demand.

Two charts below show just how market economists can convince you of one outcome… or the exact opposite.

Both show iron ore at the current price of USD $100 a tonne.

If you looked at the one year time frame chart, you would swear it has hit the bottom and is well on its way higher. If you look at the very same chart over 15 years, you could easily be convinced the price is stuffed and heading to $50.

Our house view is that it may have hit the bottom, but without a strong conviction.

Oil is in similar territory.

Raw costs per barrel is off about 20-25%. Not that we are seeing it yet at the bowser.

There actually is a market in oil volatility which hit a 12 month high last week.

High volatility is one thing, but in itself it does not necessarily give you a guide of future direction, just that it might be large in magnitude.

A few experts in that field believe the pullback is over done and a push higher (again) is very possible. 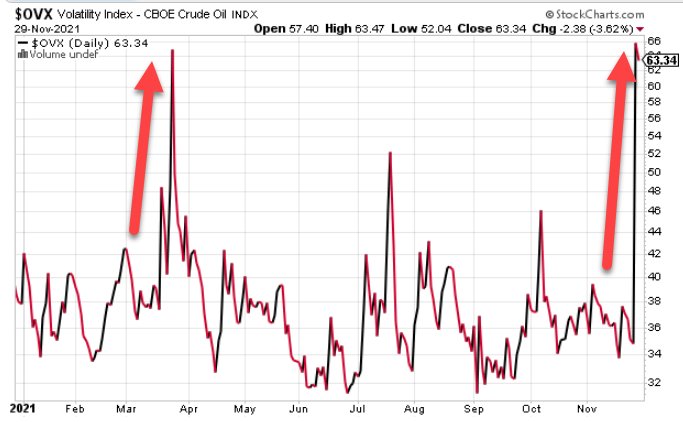 Another huge week – ya boofheads.

‘Albo’ seems to have finally found some mongrel, and Scotty has had yet another shocker.

He is limping into the year end.

Any readers looking for a cushy job, just drop ScoMo a line – he has a few new openings for the Coalition at the next election.

In my living memory, when I have voted for both major parties, rarely have I seen an incumbent government so bereft of policy and talent. Nor indeed policies or purpose (other than self seeking protection) that is worthy of re-election.

It would seem incredulous that they could be returned to power. But I was reminded again last weekend that apathy and self interest is a power force. When I asked what the current term of government’s legacy would be, it was suggested that the Federal Government’s handling of the pandemic was gold standard. Once I had stopped choking, I reminded my rusted on Liberals that apart from a disastrous quarantine application, vaccines delays of months (costing billions of dollars), confused roll out and mixed messaging, it was smooth sailing. Oh… apart from $12.5 BILLION dollars paid on Jobkeeper subsidies to companies that increased their turnover during the pandemic. All in all, gold standard.

But it did remind me that the shit show on Climate Change or Sportsrorts or Carpark Rorts or million dollar mystery donations or various and multitudes of bedtime shenanigans means bugger all to most people that currently see more dollars in their savings account, the share market booming and their house values 25% higher than a year ago. Happy days. Good job all. Gold standard.

It was also put to me over the weekend that Spud would be a worthy candidate for Prime Minister.

Laura Tingle clearly looks in total agreement at the Press Club when Spud pulled out the war drums (as well predicted here).

Question to Spud: if the Chinese are so aggressive and potentially of such evil intent, surely we would take back the Darwin Port, and stop supplying coal and iron ore to such perceived enemies of freedom?

Not much of new flavour to add.

Growing sense that a top in house price appreciation is either here, or nearly here.

A good question was posed to me recently, with the only answer being ‘local issues’, but if lower interest rates means it is so much cheaper to but housing, why such variance in price appreciation across the nation when the same rate of interest applies. For instance, Perth housing is growing at about half the pace of Sydney. Wage differences are not that great and migration is not the answer at present. Let me know if you have the proper magic answer.

Kohler on ABC also had a good chart this week. Back in 1995, Australia and the USA had very similar debt to income ratios for housing. 15 years later we are twice as high.

Prices have risen more here (meaning we need to take more debt to buy) but more so, or incomes have stagnated for the last decade whilst wages have grown in the USA.

Important? Only if interest rates rise…

Gold first. Again – given Powell has indicated that inflation is a real problem for the USA, then gold should go up… right?

Gold has fallen. Mainly because the follow up comments about QE tapering and earlier hikes gave traders comfort that finally the Fed were not totally asleep at the wheel.

The commentary also saw the USD get stronger yet again. A strong USD is not good for gold. On the flip, my gold is AUD unhedged, so some of the price fall has been cushioned.

You could just about roll the bulk of crypto investments into the same basket as above.

Given it is supposed to be the one ‘real deal’ against the collapsing fiat currencies of the decaying western economies, you would think a good dose of inflation would be good for crypto?

Alas, no – and like many investments, it also took a whack when Omicron surfaced.

Bitcoin rpm’s are well down. Fear winning the tussle for now. Gut feel is that there is still fresh legs on the upside yet, with new money holding back waiting for entry points.

Reminding a few that last week we started our POZI PUMPING PROGRAMME (PPP) – investing in any scheme suggested to us without any investigation – just blind faith.

Under a recommendation of a few, we elected My Neighbour Alice.

Not sure if we own coins, a farm or a ginger-bread house, but we were down 26% in our first two days, but are back almost square… I think.

Christmas present idea for anyone that enjoyed the series.

Of course you could just buy a chess set… 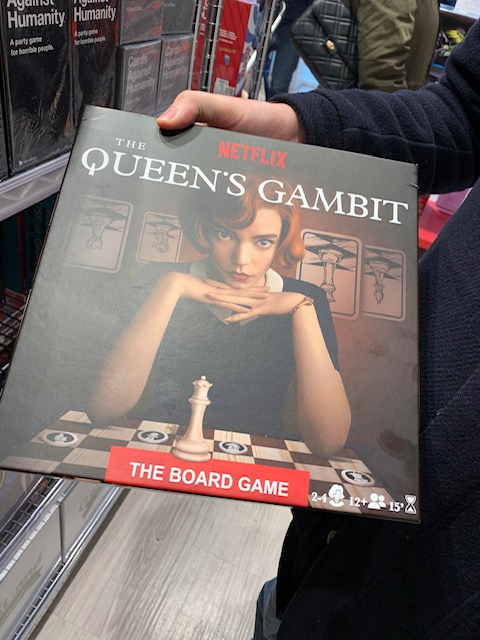 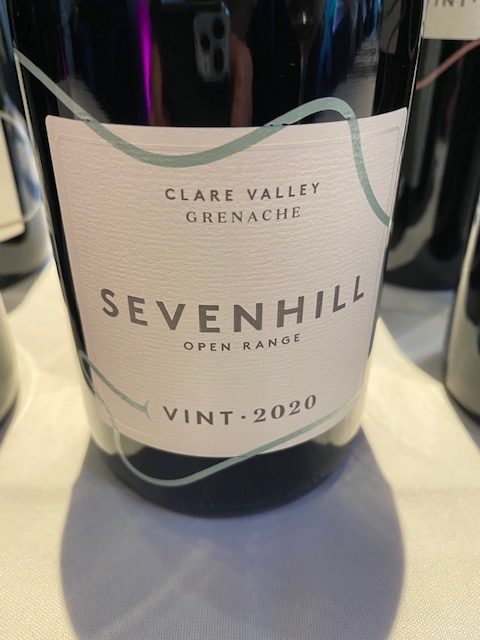 I went to a wine tasting with one of my cygnets last week.

Sevenhill Winery has an interesting history. Founded by Jesuit priests in 1849, it appears to have held onto traditions but is trying to be a tad more commercial in its ventures.

The representative from the winery had totally stuffed up. Instead of bringing the mid priced swill, he had mistakenly brought the $80 a bottle, 100-year old vine flagship grenache.

I felt obliged to make him feel better by trying it… numerous times.

Official line: aromas of baked eggplant and green olives, with a hint of spice, dried herbs and toasted oak. The palate is well defined by silky tannins, which hold the sweet fruit in check. Superbly balanced throughout, and destined for a fine future.

I say: a good grenache indeed. A nice try, but gut feel is Clare Valley is just too cold for grenache.

A few good suggestions have come in this week, by I have gone for Shotgun by George Ezra

I was out and about today and just the early stages of an Aussie summer seems imminent.

This song just had a summer feel about it.

Must nearly be cricket time…